Personalized ads have given Facebook and Google both advertising money and public scrutiny, but there are reasons to doubt their efficiency.

Google and Facebook have managed to convince the whole world that the future of advertising only goes through the model of personalized or targeted ads, the reason why surfing the internet has become a constant exercise of paranoia in which they jump to the head questions like ” Are you watching me or listening? ” or ” How do they know I bought this? “

The joint revenues of Google and Facebook in 2018 amounted to nearly 190,000 million dollars. They represent around 58% of the market of ads on the Internet, and in 2017 they ate 90% of the growth of the sector, which in turn does not stop growing. More and more advertisers want to spend their advertising investment on one of the two platforms.

In the last decade, the offer of personalized ads has skyrocketed, and advertisers have bought the argument that the ability to compile a lot of consumer data, combined with an algorithm that processes all this data and creates detailed profiles of users to the companies that can direct their messages, is a formidable advertising model.

The market assumed that this was the magic wand that brought certainty after the deterioration of traditional media and the irruption of the internet.

And the platforms do not admit that many times the method does not work, like when they show ads for an expensive product that you already have or just acquired recently, as Tech Dirt editor Mike Masnick explains.

More importantly, the techies and their shareholders deliberately ignore that many users are annoyed that they compile their data to show them personalized ads.

In the order of increasing anger of the general public regarding questionable practices that incur technology as Google and Facebook to deliver personalized ads, the company Mark Zuckerberg recently reached a series of agreements after several lawsuits personalized ads that They cost around 3 million dollars.

Facebook is committed to stopping selling digital ads with discriminatory filters by age, race and gender, after being sued for allowing advertisers to exclude older workers, women and minorities from the list of ad recipients. Beyond the result of the litigation, the shareholders of Facebook did not even mess with the news.

The actions of the company, in fact, went up, informs Masnick in an analysis on the presumed efficiency of the customized announcements. “The little secret behind all this that very few people want to admit is that, in most cases, super-targeted ads do not work,” he wrote.

Another fact that casts doubt on the usefulness of personalized ads is that, after the General Regulation of Data Protection was approved, The New York Times ceased personalized advertisements in favour of contextual and geographical advertisements, and advertising revenues increased. , Digiday reported in January.

The question that Facebook and Google will answer with their decisions in the coming years will be: Were personalized ads a fable about which the rise of Internet advertising was raised? 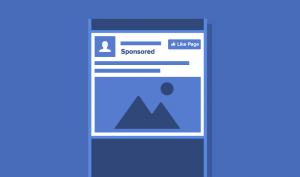 Personalized ads have given Facebook and Google both advertising money and public scrutiny, but there are reasons to doubt their efficiency.